What tea professionals need to know this week — 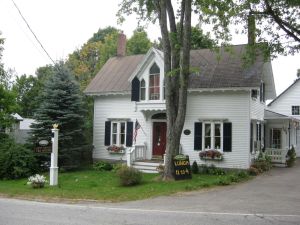 Heather and Gary Labbe, owners of Limerick, Me.’s Clipper Merchant Tea House have announced that their shop and home are available for sale. This gothic home built in the 1830s has been beautifully restored and served as a tea room for the past eight years. The tea room can seat 40 in the four seating areas and there is a 3 bedroom living space above. The Clipper Merchant has gained a reputation for excellence, receiving a mention in Yankee Magazine’s Top Tea Rooms in New England (written by yours truly) as well as an Editor’s Pick nod in 2011 and a spot in Victorian Homes Magazine’s Top Ten Tea Rooms in the U.S.

Milo’s Tea of Alabama is more than doubling the number of states where it is sold.

Milo’s bills itself as a ready-to-drink tea company that believes in using real tea leaves with no preservatives and additives. They sell sweet teas (and an unsweetened version) and lemonade in gallon containers, as well as 12 ounce and 20 ounce bottles. They began selling their bottled tea in 1989, although the recipe was one developed at the family’s hamburger shop in the 1940s.

The company had distributed to 18 states and will now add 20 more states to its reach.

Teavana Continues to Open New Cafes – On to Chicago!

We can’t let New York have all the fun. This week Starbucks moved from the Big Apple to the Windy City to open its third Teavana Fine Teas + Tea Bar. With scones, soup and salads, Teavana is looking for folks to do more than grab a cuppa for the road. Starbucks is aiming to open hundreds more like this, trying to make tea drinking as common as a $4 cup of coffee.

Unlike the tea offerings at most Starbucks locations, the Teavana shops focus on premium teas, offering a broad range of flavored and unflavored options.

The mission to convert more people to tea drinking continues as Starbucks opens two more Teavana shops later this year — one in New York and one in Los Angeles.

Read All About It – Book Deal for Zhena’s Tea 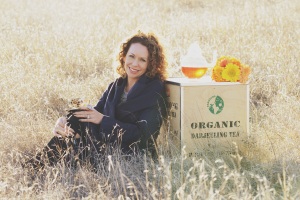 Zhena Muzyka of Zhena’s Gypsy Tea is branching out. Apparently founding and heading up a popular tea brand isn’t enough. Muzyka recently signed a three book deal with Simon & Schuster. The first book, Life By The Cup: Ingredients for a Purpose-Filled Life of Bottomless Happiness and Limitless Success, will be released on June 17. The book chronicles Muzyka’s life from her early days as a single mom with very little money to her first forays into selling tea from a tea cart to now, as founder and owner of a nationally-known tea brand.

Don’t have time to give it a read? You’ll have the chance to catch more Zhena on the small screen. Mark Wahlberg’s production company intends to create a television series inspired by the book.

Stash Tea has recently announced that they will remove the Sustainable Forestry Initiative logo from their products, joining a growing number of companies that are stepping away from the label. The Sustainable Forestry Initiative was created and funded by the logging industry. Many claim that SFI practices continue the destruction of woodlands, spreads pollution and expands the usage of pesticides which impact soil and water sources.

Other companies that have publicly stated opposition to the SFI label include Shutterfly, AT&T, Energizer and Southwest Airline..

Read more about the SFI controversy in the Portland Tribune.

Here’s an idea for your next dinner party. During the president’s recent trip to Asia he was served a dessert specifically requested by Japanese Emperor Akihito — ice cream shaped like Mount Fuji. The bottom layer of the dessert? Green tea ice cream. Time to break out the ice cream maker.

Tea Biz posts are available to use in your company newsletter or website. Purchase reprint and distribution rights for single articles or commission original content.  Click here for details.

Unauthorized use and/or duplication of this content in any media without express and written permission from the author and/or owner is strictly prohibited. Excerpts and links may be used, provided that full and clear credit is given to Tea Biz blog.